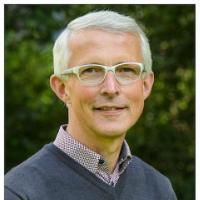 Trained as an MD (1984) I became a consultant in Internal Medicine (1990) and Critical Care (1992). A series of experimental studies on critically ill patients provided me with a PhD (1993). I acquired an additional master in epidemiology (1997) how to design, handle, and analyse clinical studies. One of my early contributions was on fatal trajectories of meningitis, published in Lancet. As my clinical activities moved to caring for older patients, I became a research fellow into the biology of ageing at the University of Manchester (1998). As a result of this stay, I published on the fertility-longevity trade-off in Nature.

When appointed full professor of Medicine in Old Age (2000), I combined my clinical position as head of the department of Gerontology and Geriatrics at the University Hospital Leiden with research into ageing. Often my observational studies were followed by human experiments in small groups, others by clinical trials in large numbers. These findings have led to numerous publications in general biomedical journals, including over 50 contributions in N Engl J Med, JAMA, Lancet, and BMJ.

In 2008 I became the founding director of the Leyden Academy on Vitality and Ageing, a privately funded institution in collaboration with the university, hospital, and municipality of Leiden. It became home for a series of PhD students on the economical, psychological, and social aspects of ageing. Moreover, I initiated the Master of Science on Vitality and Ageing that attracted ample international students.

It was 2015 when I moved to the University of Copenhagen to become co-director of the Center for Healthy Ageing of which I had membered the scientific advisory board since its inception in 2009. It allowed me to make a next step to perform state-of-the-art fundamental and inter-disciplinary research. The NNF challenge program awarded me (2018) a personal grant to connect biological specimen with population registers, attracting excellent researchers, and using their complementary expertise to address the challenge of ageing.

When I grew older myself, my focus shifted from children to older people, from health to well-being, from patients to society, from professionals to organizations, from doing to inspiring, and from the Netherlands to Denmark. By integrating the knowledge of business administration with the psychological disciplines at INSEAD, I’ve a better understanding of people on a fundamental level and use this skill to create more effective organizations.

2014    Knight in the order of the Dutch Lion, Netherlands

2007    Member of the Dutch Health Research Council, The Hague, Netherlands

2007-2010    Founding Director of the “Netherlands Consortium of Healthy Ageing”

2003-2012     Editorial Board Journal of Experimental Gerontology