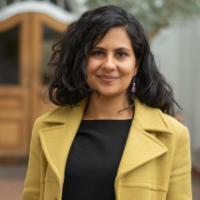 A PhD Fellow at ToRS, my research focusses on the employment challenges in contemporary urban India. My doctoral thesis is titled Politics of Work: History, Locality and Migration in Urban India.

Over the last two decades, industrial closures, agrarian stagnation and an increase in the proportion of the working-age population, have come to pressure the urban labour market in India. The study looks at how low-skill workers like, security guards, domestic workers and daily wage workers, assert themselves as ‘local’ to lay claim over the right to work in Mumbai.

By focusing on work as the site of political contestation, I diverge from the two dominant theoretical views on the employment question in India, that have emphasised a politics of ‘waiting’ and of ‘welfare’. As work is often a matter of survival for these workers, they can neither wait for better jobs, nor could they wholly depend on state welfare. I argue that this need to keep working, frames their assertions of ‘locality’, as they seek to police their work from newer entrants.

Even as workers align themselves to the regional state’s history of linguistic nationalism (around the Marathi language), their assertions are not homogenous and unchanging. They occur at the intersections of specific gender, caste and regional differences of Marathi-ness. They also draw from a range of historical interpretations of the ‘Marathi worker’ – aspiring particularly to emulate the 20th century industrial workers of Mumbai, that have come to be celebrated in the public memory, as both respectable and dangerous for their strikes and collective action. Arguing against the dominant focus on migration and mobility as a strategy to negotiate uncertainty, I put forth ‘localisation’ as a strategy through which workers produce new identities and associations with spaces and their histories, in order to access and keep jobs in a competitive market of urban work.

At ToRS, I have co-taught a spring semester BA course on 'Globalisation and Development in South Asia', that historically traces the subcontinent's experiences with questions of land, labour, gender, migration and poverty.

I have a Masters in History from the School of Oriental and African Studies, University of London. My masters thesis focused on the discourses of urban planning and ‘failed’ schemes of development in early 20th century Bombay.