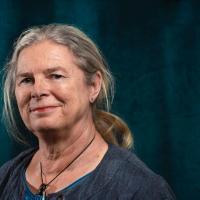 Previously study director of bachelor and master of science studies in Public Health Sciences at the Faculty of Health and Medicine.

Review of the state of the art of human biomonitoring for chemical subtances and its application to human exposure assessment for food safety. EFSA contract by BiPro 2014

COPHES: (COnsortium to Perform Human biomonitoring on a European Scale) FP7 2009-2013, half of the expenses for sampling and analysis nationally to be covered by DEMOCOPHES  EU Life+ and further funding from the ministries of Health, Food and environment each contributing with 1/6th of the expenses (2009-2013).

Toxicology in vitro in Denmark: Danish Network in vitro toxicology and alternative methods (2008-2011).

Nanotest Development of methodology for alternative testing strategies for the assessment of the toxicological profile of nanoparticles used in medical diagnostics. A Collaborative Project. Small or medium-scale focused research project, under FP7 (2008-2011).

ReProTect: Development of a novel approach in hazard and risk assessment of reproductive toxicity by combination and application of in vitro, tissue and sensor technology. EU Integrated Project. (2004-2009). LEK was partner no 32 with placenta perfusion, biomonitoring and ethics. ecvam.jrc.it/ft_doc/ReProTect%20summary_final.pdf

Marie Frederiksen: Human exposure to polybrominated diphenyl ethers. An exposure study of pregnant women and their un- and newborn children. 2010.

Mia B. Kjærstad: Potential endocrine disturbance of fetal development by azole compounds used as antifungals in pharmaceuticals and agrochemicals – a study on placental transport and effects on steroid receptors and steroid metabolizing enzymes. 2011.

Thit Aarøe Mørck: Exposures to environmental toxicants amongst schoolchildren and their mothers. From December 2010.