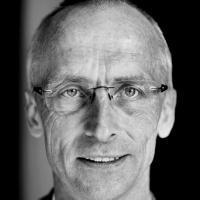 Steffen Loft is worldly recognised for research in the fields of health effects of particles, molecular epidemiology and oxidative DNA damage and repair.

The particle research comprises exposure and effects of outdoor and indoor air pollution as well as engineered, including medical, nanoparticles. The work spans the entire hierarchy of techniques from experimental models; from synthetic membranes, organotypic cell cultures and transgenic animals, the use of biomarkers and functional measures populations with controlled exposure and interventions, to register-based epidemiology at the aggregate level. There is particular attention on mechanisms associated with oxidative stress-related genotoxic and vascular effects and risk groups of genetically susceptible, foetuses, children and elderly people with and without diabetes and / or obesity and regulation of defence mechanisms such as DNA repair.

The molecular epidemiology development include measures of internal dose of environmental factors, effects in the form of oxidative and chemical stress, the cellular response in the form of gene expression patterns, resulting DNA damage and related repair capacity, genetic susceptibility and cardiovascular function. Biomarkers of exposure and effects are applied in vulnerable populations and validated by the predictive value in relation to disease development in large cohorts.